Choosing high-grade, efficient server components for your system makes a big difference in terms of reliability and system performance.

The following monitoring graphs show the CPU bottleneck of handling ~300 'All Out' CPS traffic (without media proxying at all) on a server with a configuration of 2 X Intel Xeon CPU E5-2620 2.00GHz (12 physical cores in total).
The system with 16+ physical cores CPU configuration works steadily under ~300 ' All Out' CPS with the same CPT stats of less than 100ms. 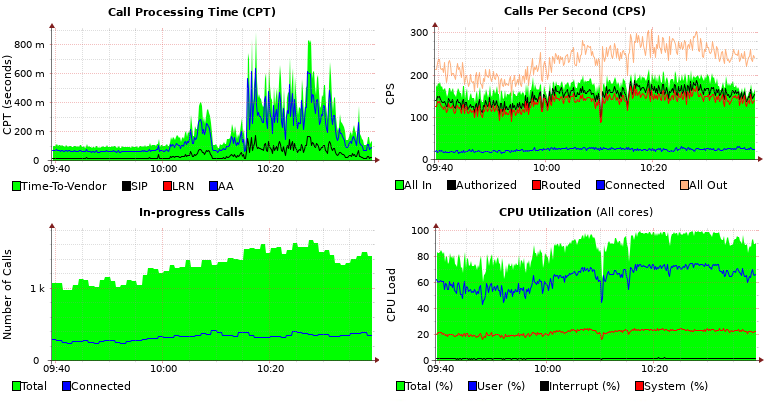 Here is a sample graph showing traffic on a Sippy Media Gateway.  On the left side, the graph shows Packets Per Second, CPU and Bandwidth usage when running a Broadcom Network card.  The day after we installed a server grade Intel Network card.  As you can see, at equivalent PPS and bandwidth levels, this system had a 15% CPU reduction, and overall, the system was able to handle significantly more network traffic. 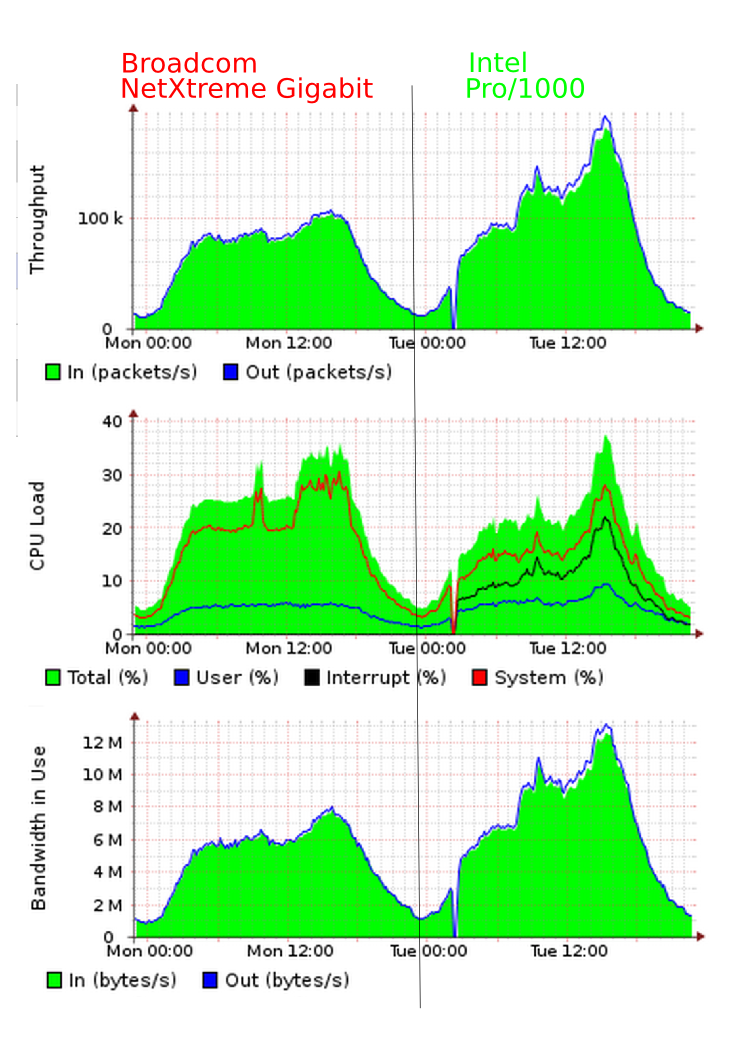