When the system needs to route a call it has to find a set of Connections which can accept it.  Finding a set of connections to accept the call takes place in three stages:

NOTE: unlike with Rates, where only one best matching Rate can be selected, the system will select several Routes for the same destination number, point to the different Connections and try them one-by-one until the call is either connected or all possible Connections have been tried.

After the list of possible Routes has been built, the Softswitch will try to send the call to the Connections associated with each of those Routes; one by one until the call is either successfully connected or there are no more Connections to try.

Consider the following example: you have two terminating providers, A and B.  Provider A can terminate prefixes 1234 and 1345, while Provider B can terminate prefixes 1345 and 1456.  Prices for termination to prefix 1345 provided by B are lower than prices offered by A, but the quality of termination is higher with provider B. In this case your configuration might look like this::

There are several other parameters that affect routing associated with each Route: 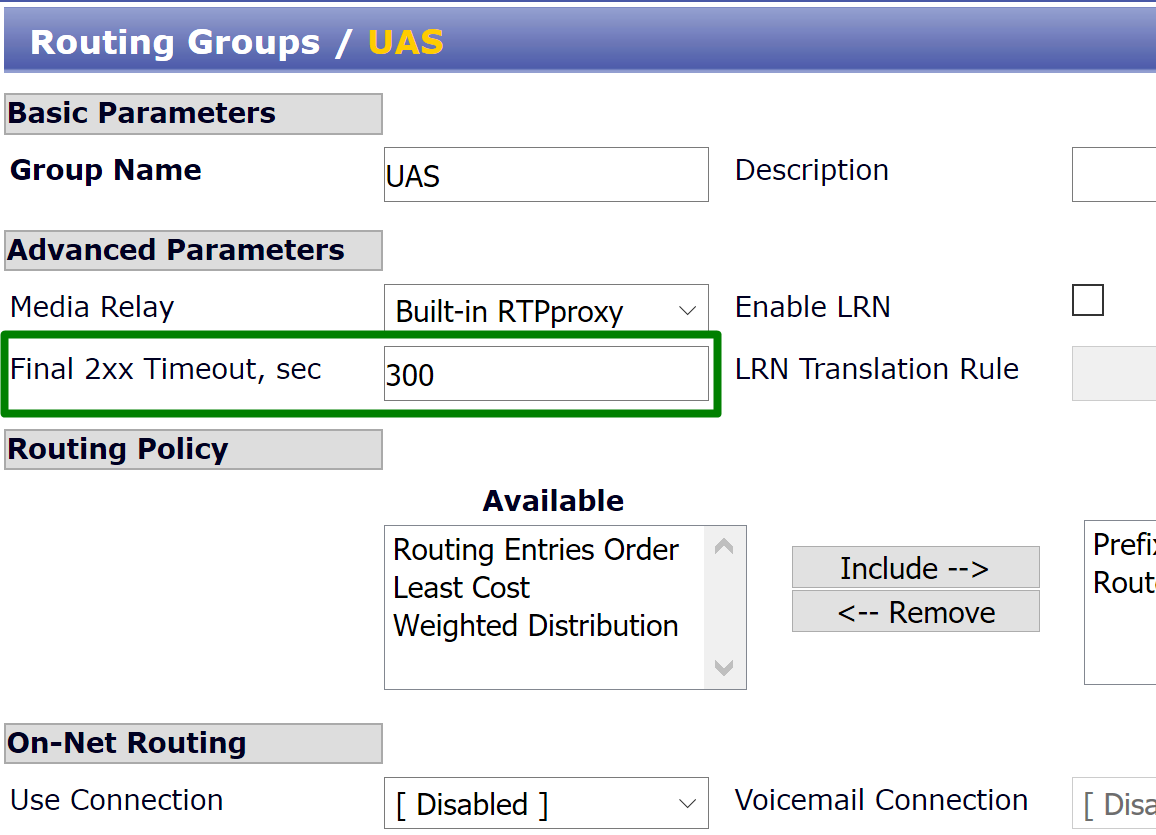 Note: all three timers are fired just after sending the INVITE to the vendor.  For example, with 2xx timeout = 10 seconds, if the Vendor/Connection is not able to connect the call (send a "200 OK" message to Sippy) within 10 seconds, the system will drop that Vendor/Connection from the call flow, and either try another Vendor, or drop the call.  This occurs even if the Vendor replied with first 1xx message at the 9th second of the call.